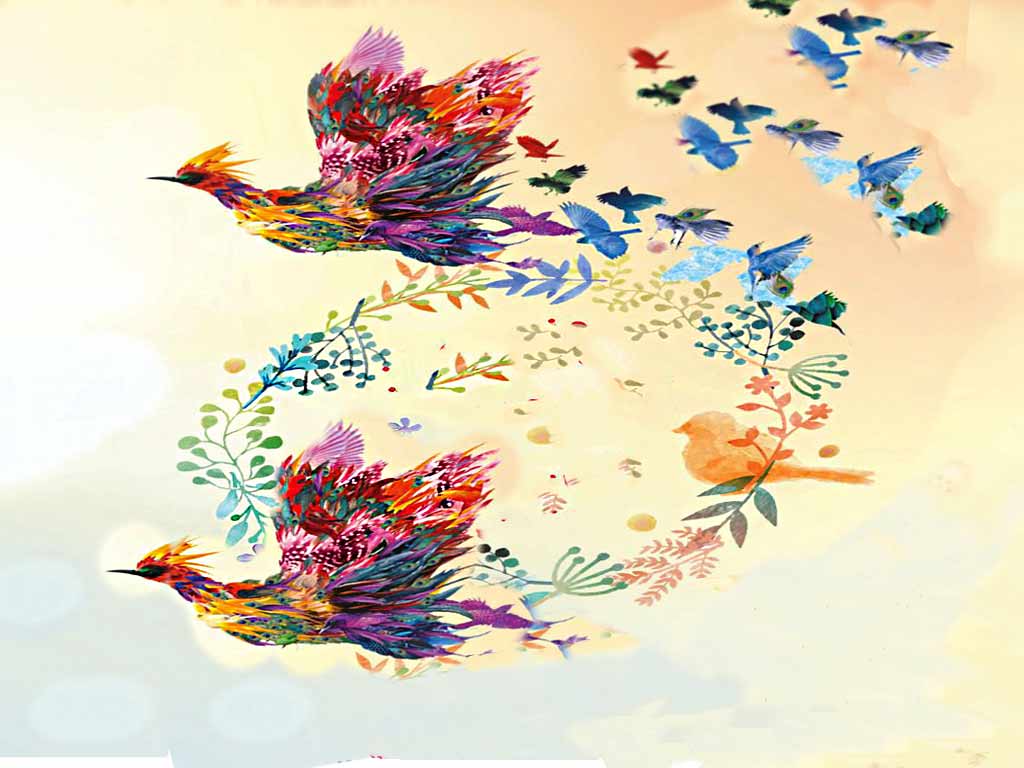 Leadership is a journey- failures, lessons, and sacrifices along the way. Whether you are a leader of today or tomorrow – and no matter what your field is – thinking consciously about leadership is essential. And personally, for me, a fantastic way to think about that journey was through the story of Simurgh Bird: the benevolent, mythical bird from Persian mythology. Simurgh is commonly used as a metaphor throughout Eastern literature with different names in Mesopotamian, Egyptian, Chinese, Indian, Greek-Roman, Turkish and Slavic mythologies and also found its place in Western literature with the name Phoenix.

The story starts with the longing of birds for a leader and no order can be established without one. The hoopoe bird, the wisest of them all, suggested that they should find the legendary Simurgh. Simurgh used to live in the branches of the Tree of Knowledge and knew everything. The birds believed in Simurgh and thought that she would save them. However, Simurgh was not appearing for long time, hence other birds became suspicious and finally gave up hope. Then one day, in a far country, a flock of birds found a feather from Simurgh's wing. Realizing that Simurgh is alive, the birds gathered and decided to go before him and ask for help. Simurgh's home was on top of the legendary land of unknowns called Mount Qaf.

The birds decided to find the Simurgh, but when they realized that there is a long and challenging way ahead, many of them started to make excuses to give up. The nightingale said it has fallen in love with the rose, and this love will be enough for him. The parrot was afraid to die. The goose said it lives on the water and owes its cleanliness and beauty to water. The huma considered itself superior to the Simurgh. The hoopoe convinced all of them, and they started the journey.

But the journey was not easy. To find Simurgh in Mountain Qaf, it was necessary to cross seven bottomless valleys, seven valleys, all of which are more difficult than the others.

Valley of Quest was the first, the longest and the hardest valley to be passed. This valley was the valley where the desired things could easily be achieved. Whatever they wanted, they got it quickly. This confused some birds, forgetting why they set out and where they went. Many of the birds became enamored with the magic of owning things, and they did not go further.

In the Valley of Love, most birds got a curtain descending on their eyes and they became blinded. They compared things that do not exist to the most beautiful swans and stones to emeralds. Many birds were deceived by this and went no further. No surprise that in Persian dictionary, love means “adhesion to something”.

The Valley of Faithlessness was an exceedingly difficult valley too. When they entered the valley, some of them started to believe that finding Simurgh would not change anything. There were those who said that Simurgh could not help them to find a solution, that they had come all this way for nothing and that their efforts were wasted. Some birds started even to claim Simurgh did not exist and were terrified that they would die if they travelled further. Only a small and determined group continued their way.

In the Valley of Loneliness, birds began to think only for themselves. They forgot that many birds were flying for the same purpose. The larger birds went out to hunt, not caring about the smaller ones who had also wandered off in their own direction, each away from the other. The large birds hunting became prey themselves. Many of them were eaten by large birds and perished. A small group, on the other hand, said that there is strength in unity, and they stayed together and continued their way.

The sixth valley was Valley of Rumors where whispers spread that the Simurgh had become soil, and that it was useless to continue. Many heard these words and turned back without questioning them.

The final valley was the Valley of Me in which the few remaining birds began to expound on their own opinions, each one speaking over the other, lost in the sound of their own voice: "I don't like your wing", "We're going the wrong way", "The food is best over here". All of them had an opinion, and all of them were only true to the one who said that. They all wanted to be the leader in front, and they began to crush each other, until they were able to pass through this valley, and lose their sense of egoistic self.

One by one, the birds dropped out, and only 30 birds were able to cross these valleys and reach the supreme lodge, the abode of the Simurgh. When sick and tired birds finally arrived at the place where the Simurgh should be, the remaining birds saw only a lake. When they saw their own reflections in the lake, the mystery revealed: Si meaning Thirty in Persian, and Murgh meaning Bird. They were amazed to see themselves in the Simurgh and the Simurgh in themselves.

It was just the birds which dominated their individual desires, were not blindly attached, were thoughtful, developed themselves, believed in themselves, knew that they should act together, did not prefer to be alone, and most importantly, trained their ego were the Simurgh.

Leadership journey is not easy.  Great leaders are those who have the passion and determination to cross through all these valleys on leadership journey. This is the journey we should all be on.