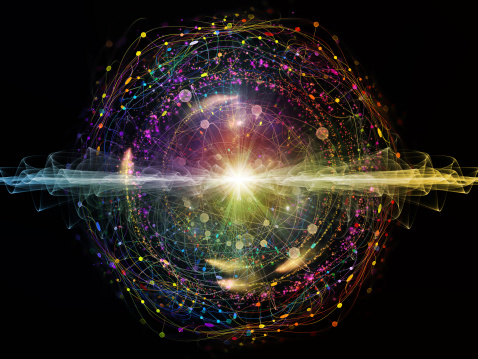 Quantum computing is poised to transform entire industries from finance to cybersecurity to pharmaceuticals, healthcare, and beyond. And the market -whether the hardware, software or cloud services- is very hot in this space, some companies started to make early quantum breakthroughs, including claims of “quantum supremacy”, like a team based in China, claiming that they have performed a calculation in 200 seconds that would take an ordinary computer 2.5B years — 100 trillion times faster. Whilst there is a good understanding about use cases and industries which will be significantly impacted by quantum computing, its working principles are still almost-mystical phenomena for many. Hence over the last months, I decided to spend some good time trying to understand it deeper building blocks which brought me into writing my thoughts/learnings so far.

Quantum Computing is the amazing fusion of quantum physics and computer science, bringing some of the greatest ideas from 20th century physics into an entirely new way of thinking about computation. Hence to understand deeper details of quantum computing, I found myself reading more about quantum physics, computation theory and even the philosophy of quantum world. Let me start with a couple of disclaimers:

• This discussion is not about use cases, industries, vendors, or recent breakthroughs, but deeper discussion of its building blocks. The other part is very rich but a topic of a different article

• The topic itself is very deep and I am far from being an expert, so I do not argue that this article is complete. It is a high-level summary of my readings and research in the last months.

• We will stay in physics space without going into metaphysical aspects of quantum. We will stay within realms of science and will not go into the field of popular, non-scientific topics like quantum love, quantum life and quantum spirituality etc.. :)

• If you are still interested, please keep reading, now it is time to go into Newton's and Kant’s world.

Quantum Computing cannot be understood without understanding Quantum Physics and Physics cannot be understood without going into Mechanics. Let me start with the basics of mechanics to discuss our topic, one of the basic disciplines of physics. Some basic questions of mechanics have been the followings that had been asked for many years: “All these objects we see around us are moving; thrown objects fall to the ground, the planets revolve around the sun. The whole universe moves, why does it move, how does it move, what are the cause-and-effect relationships, can we understand and explain this? The great man- Sir Isaac Newton- brought great answer to all those. Sir Isaac Newton constructed such a universe model that within which he explained why and how the thrown things fall, how do the planets rotate, why do they rotate and what the cause-effect relationships are. This amazing model has some very striking features. The first one is that it is a simple model, it can explain all movements under a few main propositions and presuppositions. Second, it is a deterministic model, meaning that every action has only one reaction, the form of all interactions is determined by Newton's laws. The model describes a computable universe that is precise and works like clockwork. He said that the current state is determined by the previous state, and the current state will determine the next state. Third, this model of the universe is absolute. Today we know that this is not exactly the case, this fact is at the center of the rest of the article, but this model had a significant impact when it was first introduced. In the 18th century, German philosopher Immanuel Kant penned works that defined the boundaries and frontiers of human reason. He built a whole philosophy on the fact that the model is the absolute in the universe, it explains everything, and it is unfailing. To summarize, Newton's model is about mechanical motion; he introduced an explanation that was simple, deterministic, and in fact, until recently, was thought to be absolute.

Now, putting mechanics aside and coming to another second area, one of the questions that the human mind has been asking since ancient times is what the building blocks of existing matter are or in other words what does matter consist of? Lots of philosophers in ancient times tried to answer this question. They said: “There are four main elements; water, air, earth and fire, all matter consists of a mixture of these.” Later, in Ancient Greece, an incredibly wise man, Democritus, had said: "Every matter has a building block that contains all its properties, every substance is made up of these smallest building blocks that contain all its properties, and these building blocks are indivisible atoms." Atom is also a word meaning indivisible. This statement of Democritus is correct in a way, but it is not a statement that has been put forward with our current scientific methods, it is a statement that has been put forward with contemplation. However, thanks to advances in science and technology, many centuries later, in the early 19th century, humanity proved this to be so, in the words of Sir John Dalton. After a brief time, it was understood that atoms are also composed of some building blocks, and these building blocks are neutrons, protons, and electrons. An atomic model containing these elements is developed as a solar system under the influence of Newton's theory. According to this model, electrons revolve around the nucleus in a way that resembles the same planets orbiting the sun. At the end of the 19th century and the beginning of the 20th century, a series of the brightest-brained theoretical physicists of humanity; Max Planck, Niels Bohr, Erwing Schrodinger, Werner Heisenberg, Albert Einstein began to ask the questions: “Are the building blocks of Dalton's atom is also made up of some smaller building blocks? Can we really reach those smaller building blocks that cannot be divided and explain how those building blocks create matter? How far can we divide matter, down to a particle we call quantum?”

A new model has been established to answer those questions, which states that matter and energy are made of 12 building blocks. Not all of these have been observed, but some have been hypothesized theoretically, as they should have been. Three of these are fermions named after the famous physicist Enrico Fermi. For example, the electron in the old models of the atom is a fermion. There are also the building blocks of energy, which are bosons named after physicist Satyendra Nath Bose. There are 9 bosons, for example, the photon, which is one of the basic elements of light, is also a boson. As a result, the proposed model shows how 3 fermions, 9 bosons, some of which are observed and some of which are hypothetical elementary particles. They come together to form more complex structures, like quarks, neutrons, protons and ultimately atoms. These are the subject of quantum mechanics and quantum physics, and they are particularly important findings, but they do not fundamentally change our understanding of the universe. We had first thought that the small building blocks that make up matter were atoms, then we reached to the conclusion of the existence of protons, neutrons, and electrons, which are the smaller building blocks of atoms, and finally we reached a model based with even smaller building blocks; fermions, and bosons. These come together to form matter.

But what was super interesting was the mechanics of these subatomic particles, fermions, and bosons. The behavior and movements of these moving particles that make up matter were not at all the way Newton's mechanics explained. They were acting in a way that changed our whole perception of the universe. One quantum physicist said: "If you weren't surprised when you heard about the implications of quantum mechanics, you didn't understand it well enough". By giving some explanations and examples about how fermions and bosons behave, I will try to explain why they are important and striking in terms of changing our perception of the universe.

The first subject I will talk about is the impossibility principle of Werner Heisenberg, who received the 1932 Physics Nobel Prize. Heisenberg revealed the following fact for subatomic particles, especially the electron, which is a fermion: “The velocity and position of the electron cannot be determined simultaneously. " Heisenberg was first wrong in interpreting this result, it was initially thought to be a measurement problem. But then it became clear that there is a much deeper impossibility than the measurement problem, that when we go down to the subatomic, these two concepts, namely position and velocity, are not defined simultaneously.

The second point I will mention is about the fact that our human logic has been always “this” or “that” logic. I am either in Istanbul or in Seattle. But I cannot be both in Seattle and Istanbul. Again, in accordance with this logic, something is either a particle of matter or a wave that transfers energy. These considerations are not valid in the subatomic world. Quantum mechanics has revealed that from subatomic particles, electrons can be both there and here at the same time, fermions, and bosons, such as photons, can be both particles and waves. The determinism of Newtonian mechanics is not valid for these particles. These two findings challenge the human mind, causing a change in our basic assumptions: On the one hand, we have subatomic particles, they have a non-deterministic mechanics and a way of acting, On the other hand, deterministic Newtonian mechanics is valid in the realm that we can touch & see, which is built with the substances made up of atoms. Matter formed by particles moving by the rules of quantum mechanics move in accordance with the rules of Newtonian mechanics in the macroscopic dimension. The behavior of subatomic particles is beyond the limits of our perception. Conceptually, being in Seattle and Istanbul at the same time is not a situation that our perception can comprehend. Now I will attribute this to a particularly important mathematical result. While these results of quantum mechanics were developing in the 1940s, a particularly important result was proved in mathematics. Until then, mathematicians would have assumed that a mathematical proposition was either true and would be proved or disproved as false. This is called the completeness of mathematics. Mathematics had unanswered questions, but these were viewed as a matter of time, and it was believed that the human mind would eventually find answers to these, until Kurt Gödel proved the incompleteness theory. Kurt Gödel proved using the language of mathematics that; In mathematical systems, there are always propositions that you can neither prove as true nor disprove as false. While the results of quantum mechanics were developing, we learned from mathematics that neither the universe nor reasoning could fit into such a binary structure.  Quantum findings challenge us conceptually. Our minds were always accustomed to thinking in pairs, a proposition is either true or false; I am either here or I am there. All analysis and reasoning, logic, mathematics, science had been based on this duality.

Time to circle back to Quantum Computing. We do not know exactly yet how quantum computers will evolve, but what we know is that they will evolve and will create another paradigm shift in Computing and Industries. And this change is building on significant paradigm shifts in Quantum Physics and Quantum Philosophy.  Let me finish with the statement of Chris Bernhardt why this is becoming extremely important  “Quantum Computing and Classical Computing are not two distinct disciplines and quantum computing is the fundamental form of computing. The basic unit of computation is the qubit, not the bit”