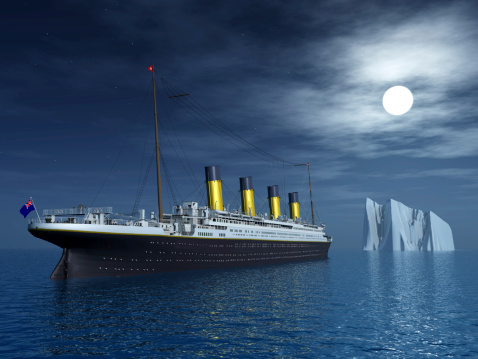 Let us go back to 1910. The world population is assumed to be 1.75 billion people. Only 6% of US was ever graduated from high school. The first public radio broadcast took place in 1910. The average life expectancy was around 50. Construction of Titanic had just started. And Scientific management theory also known as Taylorism after its pioneer, Frederick Winslow Taylor became popular.  And more interestingly than any of those, Scientific Management theory is still popular among many companies of 2021. Sounds weird? Yes, it does. To understand its basics, let us put one of the basic thoughts of Taylor: “Awkward, inefficient, or ill-directed movements of men is a national loss”. So, what he proposed to avoid this loss: Look at each job or task scientifically to determine the “one best way” to perform the job; Hire the right workers for each job, and train them to work at maximum efficiency; Monitor worker performance, and provide instruction and training when needed; Divide the work between management and labor so that management can plan and train, and workers can execute the task efficiently. Does this still sound you familiar, still?

The world has changed a lot in the last one hundred years and the change is just accelerating. This change mandates that organizations first abandon the approaches based on the past 100 years of Scientific Management Theory – the industrial era thinking of Frederic Taylor, Adam Smith, Max Weber and others of that era in which pure division of labor and bureaucratic management structures ruled the day. We need to adapt a new mindset of entrepreneurial era which brings a complete transformation both how the organization is managed – Management Innovation- and how the employees are engaged and used – Workplace Innovation-.  In this new VUCA world, enterprises are challenged with the old approaches and they need to re-humanize the language and practice of the business to create the Human Workplace. Human Workplace requires a “reset” on how individuals and teams are engaged, used, and treated inside an organization who very strongly demand now an enlightening sense of purpose and mission in the world. So how do we reset and reinvent from the approaches of Taylorism to “Hire to Culture” age of entrepreneurial era. There are some areas of focus to start with:

The first focus area is the engagement. Businesses need to rethink completely how one understands the employee/business relationship. Business must cease to act as though they own and control their workers and instead treat them as adults. It all starts with Citizenship, not employment- a new paradigm of empowerment that drives ownership of the mission. Citizenship holds that workers are no longer subservient to the business, but instead full citizens of the business. This new paradigm of citizenship rather than employment drives a significantly higher-level ownership in the business mission. Simply because that traditional employment created a mental model of “us versus them- the employees and the business” whereas with the citizenship, there is no “them,” it is just “us.” The second area of focus here is the rebalanced organizational structures. The traditional organizational structure of the industrial era involved in a hierarchy in which various functions were each siloed under their respective heads and authority was increasingly concentrated as one moved up in the organization, resulting in a pyramidal command and control power structure, the basic outcome of Scientific Management Model. This brought a culture of consistency and compliance. Today’s world is different. It requires a culture of inspiration, inclusion, and innovation. We do not need any more the artificial barriers which limit free flowing openness and interaction. We need a cultural agility that allows individuals in different areas and at various levels to engage with one another freely and openly without inhibition. These rebalanced organizational structures with greater levels of trust, competency, maturity, and accountability remove the artificial barriers of today’s org structures and bring the cultural agility required to drive inclusion, inspiration, and innovation.

The second area of focus in this Human Workplace transformation requires a refreshed look into how to skill/reskill individuals in a fast pace. The practice of people to work only in areas where they have worked before is one of the biggest mistakes of today. On very much contrary, our new age requires individuals to be given full latitude over the breadth, depth and timing of their skill development and utilization. Pigeon-holing- the practice of limiting people to work only in areas where they worked before was a standard practice of Scientific Management Theory. It is a practice that cannot satisfy the needs of today. It is not that laser-honed skills are no longer needed. They are still very much needed. The big but though is the difference that now employees now must be free to choose which skills they will develop as well as when and where they will use them. This enables individuals to develop deep skills in numerous areas and over time become increasingly the stitch-shaped person who has deep expertise in more than one area but also very sound knowledge and understanding of a broad array of areas and the world in general. They are the mavericks of the VUCA world. And one final note on leveraging the Re-Makers. They are the individuals who have completely remade themselves from one identity or career to another one. People who have the capability to completely remake themselves often hold a valuable skill to remake most anything. They are often the ones most capable of helping the business survive the transition of reinventing itself into something quite different than from what it has been in the past.

The third focus area is the career development area. Career development with its current understanding is one of the most broken pieces of modern corporate life in my perspective. The notion of the traditional “career” is anchored in industrial economy viewpoint and requires another major rethink. Periodic Reinvention- the new paradigm for meaningful career paths-; The death of role-based career advancements and the birth of Outcome-based career advancements and the challenge of annual performance review and the importance of ongoing organic and holistic feedback are the significant pillars of this transformation focus. For more details, you might want to check one of my previous articles on this here: https://kadirsener.net/read.php?id=443

All of those above are major shifts. But they are the very required shifts businesses need to adapt to survive the new age. The culture of consistency and compliance is to be replaced with the culture of inspiration, inclusion, and innovation.

In 1910, Titanic had just started to be build. Titanic sank. Management practices of Titanic times are still there. I strongly believe that businesses and leaders keeping that mindset will not have a different trajectory than Titanic.