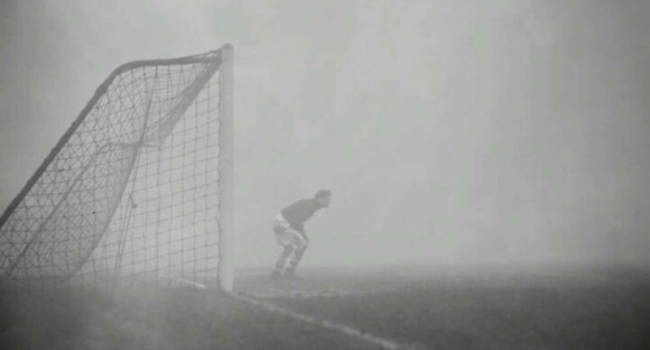 Sam Bartram (1914-1981), the English goalkeeper, had an amazing story which always reminds me to a good analogy in professional life. It was Christmas Day 1937, Bartram was playing for Charlton against Chelsea at Stamford Bridge. With the score at 1-1, the game had to be called off on 61 minutes due to thick fog. Charlton's goalkeeper stayed almost 15 minutes on the pitch, not knowing the match had been cancelled. The game went unusually silent but Sam remained at his post, peering into the thickening fog from the edge of the penalty area. And he wondered why the play was not coming his way. "After a long time," he wrote, 'a figure loomed out of the curtain of fog in front of me. It was a policeman, and he gaped at me incredulously. "What on earth are you doing here?" he gasped. "The game was stopped a quarter of an hour ago.”

It was three-four years ago when I had launched a new initiative for my team. The business reason was very clear (to me) and we were very excited the business impact we were going to get. After couple of months with little traction, it was obvious that it was not landing as it should be despite all the trainings and activities. The moment of truth for me though was, three months after launch when I was having a coffee with one of my best team members, he asked me the question “Why are we doing this?”. That was the moment I recognized I did not move my team with me, there were people left behind like Sam Bartram’s story.

Every change in corporate life has a well defined objective and business reason. It is mostly very clear for executives & leaders why that change should happen. But when it comes to individuals, sometimes change might become like that thick fog. They might feel like they cannot see well ahead due to the fog. They might have lost sight of their leaders. They might have lost sight of their plans. And in the case of Sam Bartram, he was thinking that his team is his team (Charlton) was dominating the game against Chelsea; but in an organizational change, individuals might not be that optimistic. So in other words, that change might become like the fog which creates stress and anxiety for individuals. And worse than all these, like in Sam Bartram story, we might completely leave people behind and they are stuck in the field within the fog.

As transformational leaders and drivers of change, this is the question we need to ask to ourselves: It is not enough for us to understand why to change and how to change; but the bigger questions we need to answer is how we can move our people with us? How do we avoid that they are stuck; how do we empower and support them to get out of the fog? These are very powerful questions each and every leader should ask themselves.

Lets finish with Rumi, he had said: “Yesterday I was clever, so I wanted to change the world. Today I am wise, so I am changing myself.”

As leaders we need to change how we land changes with our people. Fog disappears when the sun shines. Our role is to become the sun for our people during the fog of the change. Once leaders shine, people move with them.  This is our core responsibility as leaders.