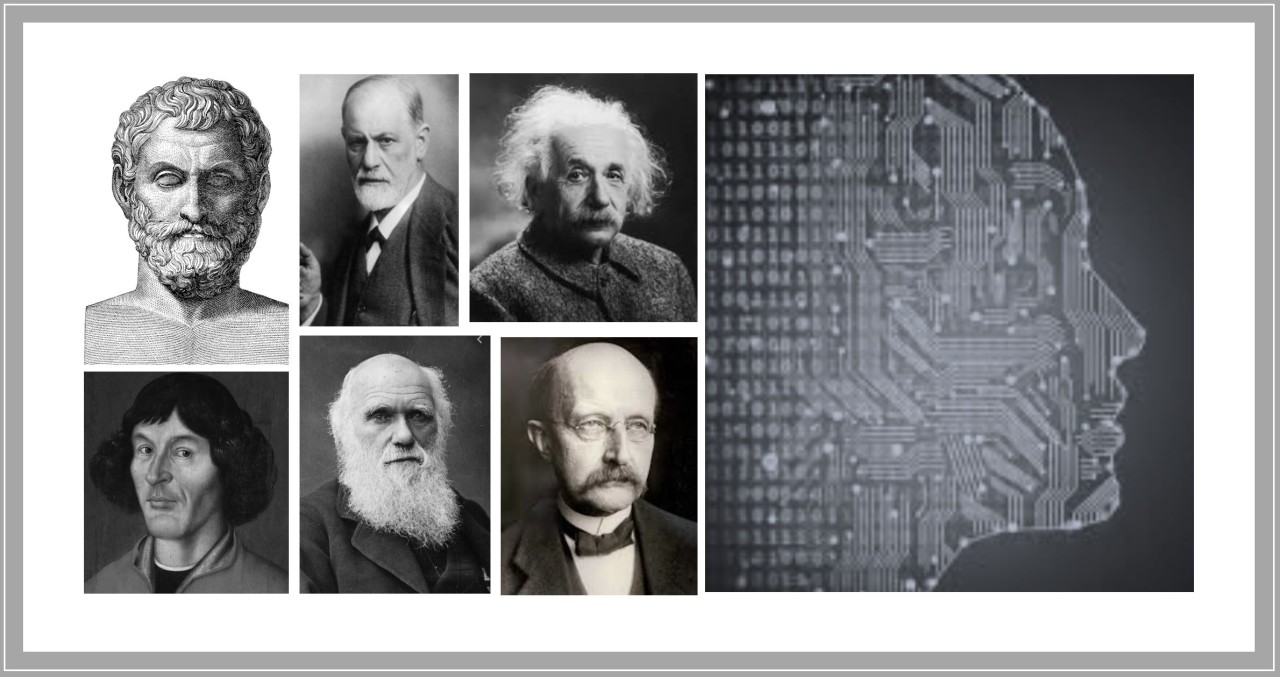 When instructing at university, talking in public events or in friendly chats about AI; I am receiving lots of questions whether we will reach Artificial General Intelligence and whether machines will be smarter than humans. There are different perspectives with different timelines with detailed technology explanations to these questions but I have a more difficult question trying to reflect and understand what that would mean for humans. Peeling that question beyond the shallow and misleading perspectives of Hollywood or daily magazines that robots will be invading the world or that many jobs will be lost; brings us back to the very difficult question what it will mean for Homosapien Sapiens- the wise man-; when they start to perceive that they might not be the most intelligent specie anymore. What kind of paradigm shift that might bring to the way we perceive and position ourselves, the world and things around us?

In the history, there were some critical moments which caused critical paradigm shifts. In most of those, a new finding or hypotheses strongly challenged the human’s understanding of themselves and the world and their beliefs. And history many times has shown that these paradigm shifts were not easy for many people, not only to build on them but even to accept them. Lets look some of the paradigm shifts I believe are very critical.

Lets go back 7th century B.C. and meet Thales of Miletus. Being perceived as first individual in Western civilization known to have engaged in scientific philosophy, he is remembered for his hypotheses based on “water as the essence of all matter”. Today we know that the hypotheses is not correct but that is not important at all. What was very important though is that Thales broke the use of mythology to explain the world and the universe, and instead explaining natural objects and phenomena by naturalistic theories and hypotheses, in a precursor to modern science. The paradigm shift he initiated how humans perceive the world; had very strong impact in all humanity. Whilst civilizations before him often invoked idiosyncratic explanations of natural phenomena with reference to the will of anthropomorphic gods and heroes, Thales aimed to explain natural phenomena via rational hypotheses that referenced natural processes themselves. What a huge change for humans the way they perceived life.

Fast forward to 19th century and meet Charles Darwin. The theory of evolution by natural selection, first formulated in his book "On the Origin of Species", was a very new and controversial perspective during the times of his age. His proposition was that all species of life have descended over time from common ancestors and all life on Earth is connected and related to each other. The unifying theory of the life sciences, explaining the diversity of life was another shock to Homo Sapiens. Copernicus removed the pride of being at the center of universe, Darwin removed the pride of being at the center of the world.

The paradigm shifts continued and humans continued to be challenged with their perception and positioning of themselves, the world and others. Moving to early 20th century and meet Sigmund Freud. Freud elaborated his theory of the unconscious and went on to develop a model of psychic structure comprising id, ego and super-ego. The concept of the unconscious was central to his view of the mind. The issue with your unconscious mind is it's very powerful and can, without your awareness, direct the course of what you do in your life. Another paradigm shift for Homo Sapiens that we are not driving everything consciously and with full awareness.

And these were not final list of major paradigm shifts for humans. Again in 20th century, Max Planck and Albert Einstein broke up classical Newtonian physics when we have systems that travel very fast or we journey into very strong gravity or also when we consider very small systems, such as individual atoms and the particles from which they are made. These created another paradigm shift that the physics we observe and know is not the same when we go to very small or to a very big. Our senses are not capable to understand these different worlds of physics. Another shock to Homo Sapiens- the wise man; the world might be different than we see and observe.

As said before, not all hypotheses were exactly right when they were proposed but that is not the important piece of the story. The important piece how each of the hypotheses created a paradigm shift how we as humans perceive ourselves, the universe, the world, our position in the world, our minds, our senses. Everything for which we assumed a human superiority turned out not to be one. And it is also very striking to see that how tough it is to adapt to those paradigm shifts- despite being centuries, we see that some of them are still getting pushed back or challenged. (Polls conducted by Gallup in the 1990s found that 16% of Germans, 18% of Americans and 19% of Britons hold that the Sun revolves around the Earth. I am sure we can find similar numbers across all countries and for most of paradigm shifts above)

So what might be next? Our Intelligence Superiority? If machines will be smarter or more intelligent than us? Is it a possibility? Yes. When and How? There are different theories, perspectives, there are good scenarios and bad scenarios. There is great research on Artificial General Intelligence and its coverage is beyond the scope of this article. Though the question I want to leave with you is the following: Are we as Homosapien Sapiens – the wise man- ready to live, collaborate and build better world together with machines smarter than us? Are we ready to accept that one of our superiorities we were assuming might not be a superiority? Are we ready for this paradigm shift?